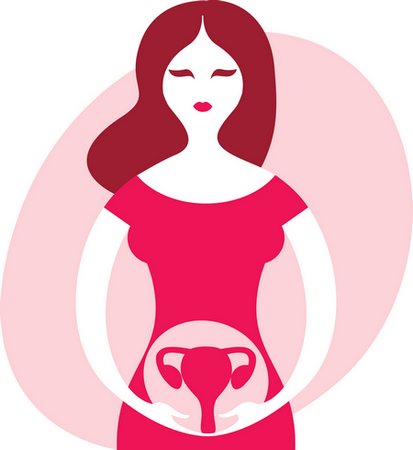 In a recent interview, Dr Sulaiman Heylen – a reproductive medicine specialist and director of Cape Fertility in Cape Town – explained the most common causes of ovulation problems which cause infertility in women. In this article, we share Dr Heylen’s insights into ovulation problems, its causes and how it can be treated.

Ovulation problems are quite common in general, and they are also a common cause of infertility among women.

In fact, ovulation problems are among the top four common causes that are responsible for most female infertility cases, along with endometriosis, blocked fallopian tubes, and fibroids.
The best way to know if a woman has an ovulation problem is to look at her menstrual cycle. If a woman has a normal and regular cycle, there is ovulation. Ovulation occurs when an egg is released from the follicle it has been growing in, usually 14 days before the first day of a woman’s period.

Ovulation problems are evident when periods become abnormal or irregular. This could mean that a woman’s periods become very short in duration, or very long – for example, instead of five days, the bleeding lasts for 10 days or two weeks or even longer. In other cases, a woman’s periods may be reduced to only one every second month, or even to just three or four periods per year. All of these irregularities are all typical symptoms of ovulation problems.

The Most Common Causes of Ovulation Problems

There are different causes of ovulation problems.

In this article, we describe the most common causes and treatments.

Women with PCOS have irregular periods and very often also experience weight gain as well as skin problems, most commonly excessive hair growth and acne. In addition, PCOS is also associated with two major health problems: diabetes and high blood pressure. Women with polycystic ovarian syndrome are at an increased risk of having these two diseases.

Fortunately, polycystic ovarian syndrome is easy to treat. For women with PCOS who are trying to fall pregnant, the treatment involves restoring ovulation. There are also other approaches for women who are not trying to conceive.

The starting point is always weight loss. Every kilogram lost helps and even just losing two or three kilograms will make a difference.

The next step is medication taken in tablet form. The most commonly known is Clomid, although a newer drug which is called Letrozole or Femara is now the preferred treatment for PCOS. The tablets stimulate the pituitary gland to release follicle stimulating hormone. For some women with PCOS, further medications are also prescribed for diabetes and insulin resistance.
If the tablets do not work achieve the desired outcome, the next step could be hormone injections.

Medication in the form of tablets or injections are the cornerstone treatment for ovulation problems in women with PCOS. These are very effective treatments, and most women will conceive quickly following treatment, even without fertility drugs.

Where the treatment is unsuccessful, other fertility treatments can be considered such as IVF or – as a very last resort – surgery on the ovaries.

The pituitary gland is responsible for making follicle stimulating hormone or FSH – the hormone necessary to stimulate the follicles in the ovaries in which the little eggs grow before ovulation.

If the pituitary gland is not functioning properly, and the FSH stays low, the follicles cannot develop. In addition, because the follicles also make estrogen, low FSH also means no or low estrogen levels.

In these cases, women will also experience no periods, or very irregular periods, as well as associated health problems related to low estrogen. The most common health issue resulting from low or no estrogen is osteoporosis.

For women who are not trying to convceive, treatment could simply entail hormonal treatment with estrogen and progesterone to mimic a natural cycle, so that they have enough female hormones to not develop osteoporosis and other medical problems.

There are two major causes of pituitary gland problem: a genetic cause, or a low body fat index.

There can be different genetic causes for a pituitary gland problem and there are tests that can be done to determine this.

A low amount of body fat is found among women whose body mass index is too low, typically under 18. There are two possible causes for low body fat: eating disorders, such as anorexia or bulimia, typically in teenagers; and extreme exercise or training, such as long distance running or cycling.

In order for women who have problems with the pituitary gland to conceive, they need FSH, as the pituitary gland is not producing enough FSH. In the majority of the cases, another hormone that comes from the pituitary gland which is called LH is also prescribed. The combination of FSH and LH is used to stimulate the growth of the follicle, and the results are carefully monitored by ultrasound.

In the majority of cases, the treatment can help restore ovulation and therefore advanced treatments such as IVF are not usually required.

Another common cause of ovulation problems is a lack of eggs or low ovarian reserve – also called premature ovarian failure or early menopause.

Each woman is born with a certain number of eggs and those are all the eggs she will ever have. It is called an ovarian reserve. Some women are born with fewer eggs than others, and this may be due to a genetic condition.

As a woman becomes older, the number of eggs diminishes until the egg reserve is depleted at the age of menopause, usually around age 50. Once menopause sets in, a woman will no longer have periods. In some women, menopause can set in as early as the age of 40.

There are also other causes for early menopause or premature ovarian failure such as cancer treatments or surgery of the ovaries.

There is no way to reverse low ovarian reserve and the treatment options are limited. In the majority of cases, the only option to achieve pregnancy is through IVF treatment using a donor egg. This involves obtaining a healthy egg donated by another woman, which is then fertilised and implanted in the uterus of the mom-to-be via IVF treatment.

Prolactin is also a hormone that comes from the pituitary gland. It plays a role in fertility by inhibiting follicle stimulating hormone (FSH) and gonadotropin-releasing hormone (GnRH), the hormones that trigger ovulation and allow eggs to develop and mature.

When prolactin levels are too high, it can cause irregular periods and infertility.

There are two common causes of abnormal prolactin levels. The first is a tumor in the pituitary gland, and this can be detected with a CT scan or an MRI scan.

The second possible cause of abnormal prolactin levels are certain medications, particularly the more advanced antidepressants.

Thyroid problems are another common cause of ovulation problems.

Thyroid problems are quite common among men and women, but are about five times more common in women than in men.

Hyperthyroidism (overactive thyroid) occurs when your thyroid gland produces too much of the hormone thyroxine. This can result in weight loss, heart palpitations, feeling of anxiety and nervousness, and can have an effect on the menstrual cycle.

Too little thyroid hormone can result in a woman gaining weight easily, feeling fatigued and cold, and experiencing irregular periods as well as heavy periods.

If you are experiencing ovulation problems, we would like to invite you to come and meet one of our specialists by clicking here…

We offer all the most effective fertility treatments at Cape Fertility, including treatment for ovulation problems regardless of what has caused these problems.

At Cape Fertility, we value each individual patient and we look forward to providing you with individualised and personalised care, affordable quality fertility treatment, and higher success rates at our purpose-built premises in the beautiful city of Cape Town.