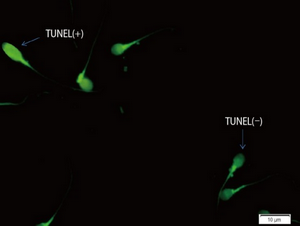 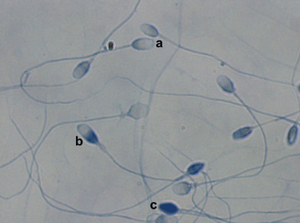 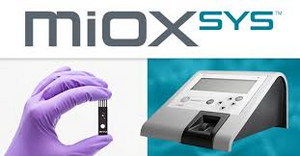 Male infertility is a relatively common medical condition affecting up to 12% of men globally. The Centres for Disease Control and Prevention (CDC) report a 9.4% infertility rate among men in the USA. Male partners are found to be solely responsible for 20–30% of infertility cases and contribute to approximately 50% of cases overall. Many clinicians rely on conventional semen analyses as a surrogate measure of a man’s ability to father a child. However, this approach seems to be an oversimplification of the assessment of male fertility potential due to large intra- and inter-individual variations in conventional semen parameters and is unable to precisely predict the likelihood of pregnancy. Advanced tests of sperm function have been proposed as alternative methods that can enhance the diagnostic accuracy of male infertility particularly in cases of unexplained infertility, one or more abnormal semen parameters, recurrent pregnancy loss or failure of intrauterine insemination.

The integrity of genetic material in the sperm is crucial for successful fertilisation and normal embryo development. Sperm DNA fragmentation (SDF) is a term used to describe the genetic material within the sperm, which could impact the fertility potential of the male, IVF/ICSI outcomes and has been shown to be associated with miscarriage. A conventional semen analysis cannot assess the sperm at the molecular level and, as result aid the detection of DNA fragmentation. The ORP test is novel in the area of infertility. The MiOXSYS system provides an estimation of the static oxidation-reduction potential (sORP). It represents the integrated measure of the existing balance between total oxidants and reductants in a biological system.

Studies in the literature have shown that:

Advantages of the Sperm functional testing

In men, the major contributing factor for sperm DNA fragmentation is oxidative stress, which can be associated with one or more of the following:

Indications for men who may benefit from sperm functional testing

It depends essentially on the cause. If the damage is caused by free radicals, a change in lifestyle and diet designed to protect against oxidative stress may help reduce the levels of DNA fragmentation. Other treatment options include:

Initiatives to reduce the levels of fragmentation or oxidative stress can be assessed by undertaking a second test three months later.