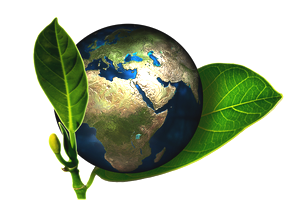 There has been a great concern that Xenoestrogens have a significant effect on infertility specifically in endometriosis and male infertility.

One of the most common Xenoestrogens is BPA (Bisphenol A). BPA is used in plastic to make it stronger. It is used mainly in plastic bottles, trays, on the inside of cans, and is also found on receipts and other rolled paper therefore everyone is exposed.

We can avoid exposure to BPA by not using plastic bottles and cans. Using glass, porcelain, and stainless steel are better options and are BPA free. Heating plastics releases more BPA or BPA substitutes so if you are storing food or drinks in plastic containers, put it on a glass or porcelain plate before microwaving or adding boiling water. Don’t leave reusable water bottles in the car in the summer where it gets baked.

Dioxin (another famous xenoestrogen) is a toxic byproduct of industrial and consumer processes. The main sources of dioxins are waste incineration. Dioxins are subsequently released into the environment, contaminating fields and crops. Livestock eat the crops and the dioxin enters their tissue. Humans then eat the contaminated animal products and become exposed to the Dioxin. There is strong suggestion that Dioxin is a major contributor to the increase in endometriosis.

A south African study looked at the effect of Pyretoids (a pesticide used in many insecticides) The results are suggestive of decreased ovarian reserve associated with exposure to pyrethoid pesticides. This means that these Pyretoids have a significant effect on egg quality and quantity in women.

Air pollution is another important factor. A study has looked at women who lived close to high ways compared to women who lived in more rural areas. These women were 21 percent more likely to report secondary infertility than women who lived farther away, and that increase was statistically significant, researchers report in the journal Human Reproduction (this is a very important
fertility Journal)

The testis is one of the most sensitive organs of the human body and male reproductive system malfunction seems to be a good sensitive marker of environmental hazards. Over the past 50 years, human sperm concentration decreased drastically from 113 to 61 million/mL, which represents almost 50% decrease. Evidence showed that human semen quality has been also declining during the last decades, in particular in the United States and Europe. For example it has been estimated that the sperm count in American males is decreasing by 1.5% each year. A study in China found that city-dwelling men had higher levels of abnormally shaped sperm than their rural counterparts. Their sperm also swam more slowly. These dramatic effects on sperm count are very important and should be treated with great caution. There are different causes for this problem and we have definitely not found all the culprits. However the following have been shown to be contributors to the decline in sperm counts:

Infertility rates in both male and female smokers are about double the rate of infertility found in nonsmokers. The effect is dose dependend: The risk for fertility problems increases with the number of cigarettes smoked daily. Smoking during pregnancy also can lead to growth restriction of the baby before birth. Children born with lower-than- expected birth weights are at higher risk for medical problems later in life (such as diabetes, obesity, and cardiovascular disease). Children whose parents smoke are at increased risk for sudden infant death syndrome (SIDS) and developing asthma. So somking in pregnancy has long term health efects on the offspring.

There is currently no certainty on the hereditary effects on the fertility of the offspring although there is concern on certain diseases.