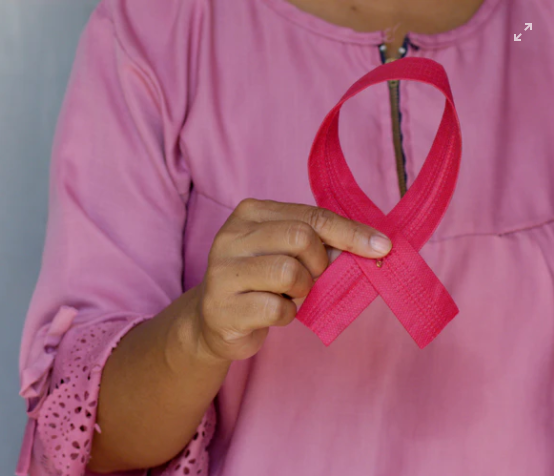 Each September, Ovarian Cancer Awareness Month is observed worldwide. Our team at Cape Fertility takes great pride in helping raise awareness of this disease and its impact on fertility, as well as in offering women facing ovarian cancer with a way to preserve their fertility for their future.

One of the five gynaecological cancers along with cervical, vaginal, vulval and womb cancer, ovarian cancer is the UK’s most deadly gynaecological disease, causing more deaths each year than the other four gynaecological cancers combined, according to Ovarian Cancer Action in the UK. However, says the organisation, it is a disease that’s often overlooked, misunderstood or misdiagnosed. Raising awareness among women is therefore crucial, because the earlier a woman is diagnosed with ovarian cancer, the better her chance of survival. You can read more about Ovarian Cancer Action here.

Unfortunately, an estimated 90% of women don’t know what the four main symptoms of ovarian cancer are. And given that there is no screening programme for ovarian cancer, raising awareness of the symptoms is the most important strategy.

The four main symptoms of ovarian cancer are bloating, stomach pain, finding it hard to eat and needing to urinate more. These can sometimes be confused with other conditions, such as IBS. But if these symptoms appear and are persistent, it’s time to get medical attention.

Raising awareness of this can help more women recognise the symptoms earlier and get diagnosed as soon as possible.

According to the National Cancer Institute in the US, because gynaecological cancers such as ovarian cancer may not cause early signs or symptoms, and it is difficult to screen for the diseases, these cancers often go undetected until they’ve reached advanced stages. Because of this, the survival rate is low, with a five-year survival rate of less than 50% percent.

The American Association for Cancer Research (AACR) explains that there are three types of ovarian cancer in adults. Ovarian epithelial cancer begins in the tissue covering the ovary, lining the fallopian tube, or the peritoneum. Ovarian germ cell tumors start in the egg or germ cells. Ovarian low malignant potential tumors begin in the tissue covering the ovary, and are characterized by abnormal cells that may become cancer, but usually do not.

The risk factors for developing ovarian cancer include a family history and the presence of inherited gene mutations. There are tests that can detect mutations in the BRCA1 and BRCA2 genes, which increase the risk of female breast and ovarian cancers and some additional types of cancer.

Ovarian cancer treatment and your fertility

Having ovarian cancer and the resulting treatment can affect your fertility.

The American Society of Clinical Oncology (ASCO) recommends that all women with cancer discuss the risk of infertility and fertility preservation options with their doctors as soon as possible – and before cancer treatment begins.

Ovarian cancer treatment may result in the removal of both ovaries and fallopian tubes, and the uterus (womb). This means you won’t be able to become pregnant naturally.

If the cancer is caught early, with only one ovary involved, or if you have a germ cell tumour of the ovary, it might be possible to preserve the uterus and the unaffected ovary may remain fertile. However, chemotherapy may damage your remaining ovary or increase your risk of an earlier menopause.

Fortunately, you may have other options, such as fertility preservation.

If you are interested in preserving fertility, you should ask for a referral to a reproductive or fertility specialist, even if you are unsure whether you want to have children in the future.

What is fertility preservation?

Thanks to advances in medical science, women can now choose to preserve and protect their fertility through options such as egg freezing.

Used in mainstream medical industry for more than a decade, egg freezing is now a safe and painless procedure and is often the only hope for a woman is at risk of losing her fertility as a result of cancer therapy and treatment.

It has been more than 20 years since the first birth resulting from a frozen egg was reported in 1986. In the beginning, egg freezing had a poor success rate, because the conventional “slow” egg freezing techniques resulted in ice crystal formation inside the egg, damaging it and compromising its survival.

Another breakthrough was ultra rapid freezing (vitrification) which makes it is possible to avoid ice formation that would otherwise damage the eggs. In this way it is now possible to eliminate both important impediments to safe egg freezing and achieve good survival of frozen eggs.

Current evidence shows that children born from frozen eggs have no increase in chromosomal abnormalities, birth defects or developmental deficits, and can achieve success rates comparable to standard IVF (In Vitro Fertilisation).

Egg freezing has become “mainstream” since 2008 and provides women with a viable option for preserving their fertility into the future.

Where can you have eggs frozen?

For more than a decade, Cape Fertility has offered egg freezing as a viable option for women to preserve their fertility.

We are a leading fertility clinic providing advanced preservation of your future fertility through the latest in egg freezing techniques. Over the years, we have streamlined the process of egg retrieval, preservation and protection, which spans around two weeks, into five simple steps, and our specialist team will take great care of you every step of the way.

Our egg freezing is performed by specialists, whose primary concern is your medical safety. In addition, we use the most advanced technology available today, including a new culture media system and a Cryotec vitrification system to ensure very high egg survival rates. Once frozen, your eggs are kept safe and secure in liquid nitrogen at an even temperature of -196 degrees Celsius until you are ready to use them.

Your first step in preserving your fertility by freezing your eggs at Cape Fertility is simply to contact us by clicking here… our highly qualified and experienced fertility specialists will gladly answer your questions and address any concerns you may have.

Cape Fertility is a leading fertility clinic registered and accredited by the Southern African Society for Reproductive Medicine and Gynaecological Endoscopy (SASREG). All the procedures in egg freezing process are done at our purpose-built premises in Claremont, Cape Town. Our state-of-the-art facilities, along with our experienced team, ensure all the latest fertility treatments – including egg freezing – are offered with great success.

We value each individual patient, and we look forward to providing you with our signature individualised and personalised care when you have eggs retrieved, frozen and stored in a friendly, relaxed and caring environment at our advanced, purpose-built facilities in the beautiful city of Cape Town.